1946-Date - Franklin D Roosevelt Dime
Word Count: 711 - Obscure Finds
If you would to like contact/report an error click HERE and use REF:T134
Rated 69 out of 70 with 1 Verifications


All Coin Images Copyright © 2022 - Obscure Finds a Mindlock Innovation
All coin's and coin images on this site are or at one time were owned by OFCC.
OFCC collects, researches, and photographs every coin displayed on this site.

A history of the March of Dimes 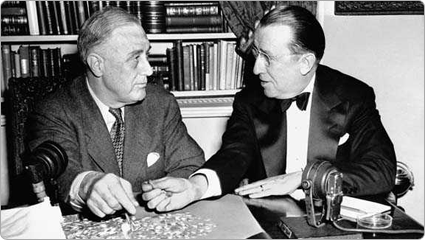 A history of the March of Dimes

The March of Dimes has always approached its mission with a spirit of adventure. Born on the eve of World War II as the National Foundation for Infantile Paralysis (NFIP), the Foundation achieved an instantaneous popularity that reflected the contemporary popularity of its founder, Franklin D. Roosevelt. FDR’s polio disability – he was never able to walk again on his own after contracting polio – translated into a systematic program to uncover the mysteries of polio and to lend a helping hand to Americans suffering from the disease. The war years were a time of titanic struggle, and efforts to launch the March of Dimes were boosted by radio, Hollywood, and the personal appeal of the president. Basil O’Connor, a close associate of FDR through his entire presidency, became the leading light of the March of Dimes for over three decades, and his immediate task in 1938 was to build an organization that could quickly respond to polio epidemics anywhere in the nation. As president of the NFIP, Basil O’Connor set out at once to create a network of local chapters that could raise money and deliver aid – an adventurous program that paid off substantially just as polio was on the rise.

Little was known about polio then, but the scientific committees established by the NFIP to fund virus research found opportunities to assist the war effort by investigating diseases affecting those in uniform. In 1943, the NFIP awarded a grant to the U.S. Army Neurotropic Virus Commission to study polio in North Africa; Albert Sabin, MD was dispatched to conduct parts of this study. The end of the war ushered in new complexities to effective fund-raising, though FDR was memorialized on the U.S. dime in 1946 thanks to a polio patients’ club of the Norfolk Hospital Association Chapter of the NFIP. This assured the remembrance of FDR’s intrinsic connection to the March of Dimes in perpetuity. March of Dimes-funded medical research accelerated as the patient aid program was taxed to its limits, particularly in the huge polio epidemic of 1949. Entering the 1950s, the 3,100 chapters of the NFIP operated almost completely by volunteers who proved that the March of Dimes was a grass-roots movement, captured nicely in the ubiquitous slogan “Join the March of Dimes.”