This section of Obscure Finds Numismatic Collection is about a Mint (an industrial facility which manufactures coins for currency) from the Switzerland region referred to as the Swiss Mint. 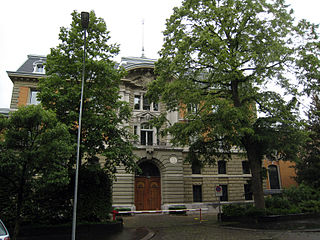 
Other World Mints from the Switzerland region
Pictures From Bern, Switzerland

Swissmint is the official mint of the Swiss Confederation. Located in the Swiss capital city Bern, it is responsible for manufacturing Swiss franc coins, both of the currency and bullion variety. Apart from making coins for the government, Swissmint also manufactures medals and commemorative coins for private customers.

Swissmint is an agency of the Swiss federal government. It is part of the Federal Finance Administration, which in turn belongs to the Federal Department of Finance. Since 1998, the Official Mint of the Confederation operates as an independent business unit under the name Swissmint. As of 2005, the mint has 21 employees.

Coinage is the responsibility of the Swiss Confederation, on whose behalf Swissmint (www.swissmint.ch), the official federal mint located in Berne, mints the coins. The Swiss National Bank (SNB) is entrusted by the Confederation with putting the coins into circulation via its network of bank offices.

The mint building is located in the Kirchenfeld district of Bern.The Neo-Renaissance style building designed by Theodore Gohl is rectangular in shape and bears an interior courtyard. Underneath a canopied roof is the Swiss coat of arms. Carved next to the entrance of the building are two coin images carved in marble, designed by Swiss sculptor Giuseppe Chiattone. The mint is in the same vicinity as the Kirchenfeld Gymnasium, Natural History Museum of Bern, Swiss Federal Archives, and Swiss National Library.